Last week I was on a consultation call with a potential client and found myself feeling stuck. The client was stuck. I was stuck. Just plain stuck. After a good night’s sleep and some growth-mindset reflection, I identified the likely problem. Interestingly, the issue was that we were working in too superficial a stratum. I had been so captivated by the convoluted swirling of her specific career challenges that the home of the actual problem remained hidden. And, therefore, we were chock full of problems and without solutions.

Deep listening is the key to great coaching. That much is clear. But, from the perspective of a growth mindset, lapsing into shallow listening is a potent teacher. Why? Because each time I catch myself drifting into shallow listening — that is, each time I “mess up” — I strengthen the muscle of deep listening, and in so doing, become an even better coach. I say all this first to remind us of what it means to truly abide in a growth mindset… and second, to point toward what I believe would have been a more productive direction to take.

As someone who does deep coaching, I’m insatiably curious. I’m interested in penetrating beyond what’s apparently true into what’s actually true. What exists behind the words, beyond the words, and within the words? In this case, the client was likely paralyzed by fear of making the wrong decision. As is often the case, what to do would likely have been far more apparent if the underlying fears were identified and then addressed. In the moment, a structured clearing could have been extremely powerful. Imagine if I had said, “I’d invite you to finish this sentence as many times as you can; really go for broke, even if it doesn’t seem rational: ‘If I don’t make the right decision, then ________________________.'”

Drilling down into the core of our stories creates immense leverage in coaching, especially if we then have the capacity to help our client undo their stressful beliefs. Fortunately, in my twenties I encountered a powerful form of inquiry called The Work. In my own life, and in my coaching, it has singularly broken though highly entrenched thought patterns. Its genius is in its simplicity: a meditation comprised of four simple questions; a meditation that non-meditators can easily do. What more could I ask for?

In this month’s Mindfulness Coaching Call, I will demo the process. If you can’t make it, I’d invite you to do the inquiry yourself using the simple instructions on thework.com. Let me know how it goes! 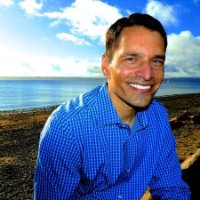 Skillful Means was a great course for learning the coaching skills for the first time or brushing up on the skills you’ve been using in your practice for a while. I enjoyed watching Ann-Marie demonstrate the coaching skills through practice sessions in class. Would definitely recommend to anyone no matter where they are in their coaching career.

The Mindfulness Coaching School has been an amazing resource for me on many levels. I took S-T-R-E-T-C-H! when Ann Marie suggested it would be a great addition to what we’d been working on in our coaching sessions. The class was so inspiring I decided to become a coach myself! I’ve taken 6 classes already and plan to take more. I love Ann Marie’s style of teaching; the academic aspect, the mindful/spiritual piece and the opportunity to work with other like-minded people during homework sessions. Ann Marie is a bottomless source of knowledge and inspiration and I am forever grateful!

The Art of Engaged Mindfulness allowed me to become more flexible with my own established meditation practice. I really enjoyed the opportunity to dialogue with fellow coaches interested in deepening their own practice and sharing it with the world.

I fell in love with somatic coaching. I never thought I could actually talk to my body. A completely new world opened up for me personally, as I am sure will be the case also for my clients. I now fully understand as I have experienced it that somatic coaching is the only really holistic way to get to core of the challenges and to the goals that are completely aligned with ourselves.

The S-T-R-E-T-C-H! course was an amazing experience and it allowed me to grow (and stretch) as a new coach!

This school has changed my life in a incredibly positive way. MCS speaks to my soul, and I am more present with my clients, my partner, my children and in my life because of what I’ve learned at MCS. I get so excited when the academic calendar is released, I feel so grateful for this school and I am so thankful that I have found this school.

I quickly started looking forward to Tuesday evenings. I never knew what the take away (from class) would be, but came to recognize it would be rich and meaningful – whether it was from my own process or through witnessing the process and collaboration with my colleagues.

What a way to start my journey at MCS! This was my first class related to my Coaching endeavor. The STRETCH class is a marvelous macro-level course about what one can expect in the coaching field. The instructor fostered such a memorable and supportive space and I know I will nurture those friendships for years to come.

[In Writing, Creativity, and the Mindful Coach] I enjoyed learning about how to be an effective coach via the route of writing and mindfulness. This was a new experience for me and one I found to be very valuable. I have a new and great tool in my toolbox to better serve my coaching clients. Thank you for this course!