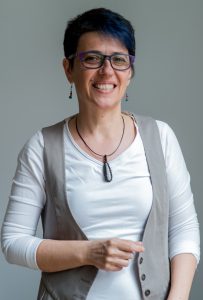 (MCS Alumna and founder of the Beijing Mindfulness Centre)

Some years ago, close to a decade now, I began learning from my coach and mentor Ann-Marie McKelvey. Through her coaching I learned how to use the present moment awareness to identify the next steps and actions. From Ann-Marie’s coaching I found out that anxiety, anger, sadness or fear present themselves as messengers on how to navigate with clarity the needs behind the emotions. Step by step I was moving forward into the realms that were unthinkable by my rational mind: publishing a book, opening a mindfulness center, becoming financially independent.

After seeing the value of mindfulness and coaching in my personal life I celebrated Ann-Marie’s decision to start the Mindfulness Coaching School which offers ICF accreditation and immediately started the process of becoming an accredited Mindfulness, Wellness and Somatic Coach.

In coaching we use powerful questions, metaphors, active listening, meta views and a variety of other coaching tools to enable clients to utilize their full potential. Mindfulness and coaching are two skills that have complimentary focus on using awareness as a stepping stone toward behavioral change.

At MCS, my curiosity to learn how to bridge mindfulness and coaching was satiated with each program: S-T-R-E-T-C-H, The Art of Engaged Mindfulness, Right Speech, Skillful Means, Mindful Eating-Mindful Life (to name a few), one after the other classes were adding pieces of the puzzle on how to coach mindfully and be a mindfulness and somatic coach.

Through the support of the community the process of becoming an accredited practitioner brought inspiration to be an ambassador of mindfulness coaching. I have since recommended the MCS program to many. I am still receiving their impressions on what MCS means to them and their growth as a coach:

I would like to say many times thank you – long due actually – for having suggested that I embark on a new career with coaching and take classes with the Mindfulness Coaching School. This has been a wonderful and inspiring journey for me.  ~ T.M., a student of MCS, now ICF accredited coach

[Dalida], I decided to sign up for Right Speech after Skillful Means, I need and want to make my dream come true and become who I might have been. And so one day, I can show […] how great and strong I am!  ~ C.K., a student of MCS, now ICF accredited coach

Skillful Means was a great course for learning the coaching skills for the first time or brushing up on the skills you’ve been using in your practice for a while. I enjoyed watching Ann-Marie demonstrate the coaching skills through practice sessions in class. Would definitely recommend to anyone no matter where they are in their coaching career.

The Mindfulness Coaching School has been an amazing resource for me on many levels. I took S-T-R-E-T-C-H! when Ann Marie suggested it would be a great addition to what we’d been working on in our coaching sessions. The class was so inspiring I decided to become a coach myself! I’ve taken 6 classes already and plan to take more. I love Ann Marie’s style of teaching; the academic aspect, the mindful/spiritual piece and the opportunity to work with other like-minded people during homework sessions. Ann Marie is a bottomless source of knowledge and inspiration and I am forever grateful!

The Art of Engaged Mindfulness allowed me to become more flexible with my own established meditation practice. I really enjoyed the opportunity to dialogue with fellow coaches interested in deepening their own practice and sharing it with the world.

I fell in love with somatic coaching. I never thought I could actually talk to my body. A completely new world opened up for me personally, as I am sure will be the case also for my clients. I now fully understand as I have experienced it that somatic coaching is the only really holistic way to get to core of the challenges and to the goals that are completely aligned with ourselves.

The S-T-R-E-T-C-H! course was an amazing experience and it allowed me to grow (and stretch) as a new coach!

This school has changed my life in a incredibly positive way. MCS speaks to my soul, and I am more present with my clients, my partner, my children and in my life because of what I’ve learned at MCS. I get so excited when the academic calendar is released, I feel so grateful for this school and I am so thankful that I have found this school.

I quickly started looking forward to Tuesday evenings. I never knew what the take away (from class) would be, but came to recognize it would be rich and meaningful – whether it was from my own process or through witnessing the process and collaboration with my colleagues.

What a way to start my journey at MCS! This was my first class related to my Coaching endeavor. The STRETCH class is a marvelous macro-level course about what one can expect in the coaching field. The instructor fostered such a memorable and supportive space and I know I will nurture those friendships for years to come.

[In Writing, Creativity, and the Mindful Coach] I enjoyed learning about how to be an effective coach via the route of writing and mindfulness. This was a new experience for me and one I found to be very valuable. I have a new and great tool in my toolbox to better serve my coaching clients. Thank you for this course!